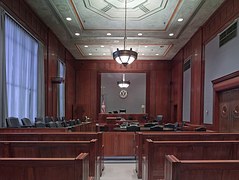 Every now and then you hear something that makes you scratch your head. We just had that reaction when we heard that someone has decided to run against Hillsborough County State Attorney, Mark Ober. Like most of us, most of the time, we welcome political change but some political offices are different. Some political offices demand stability and a historical framework for making decisions and Ober’s office has that, and does it exceedingly well. Don’t misunderstand; as lawyers with a busy criminal law practice, we find ourselves in near-constant disagreement with Ober’s office and often those disagreements are irreconcilable and have to be settled by a judge or jury.

So given that, why are we so troubled by the fact that Ober has a political challenger? Our legal system is adversarial; it is our job to champion for the citizen-accused. The prosecutor’s job is a bit more complex because while they too must champion a cause, they also have a greater duty — the pursuit of justice. In our opinion, in order to pursue justice, a prosecutor must be open to scrutinizing his or her case, and be open to the possibility that there are other theories of what happened that may be consistent with innocence. That cannot happen if a prosecutor is unwilling to meet with the defense lawyer and have open, professional, and candid discussions. This is where we think Ober has excelled. While we often disagree with the ultimate decisions, we are always treated courteously and often find that our presentations lead to a different approach to a case. In short, we often find that Ober’s lawyers have listened and have been willing to challenge their own thoughts regarding a case.

Many years ago (28 to be precise), I began my career as an Assistant State Attorney. During my tenure in that office, I practiced with other young lawyers who impressed me, not only with their legal acumen, but more importantly, with their professionalism, integrity, and keen sense of right and wrong. Although those lawyers were my peers in terms of professional vintage, I often consulted with them in challenging matters because their counsel was invaluable in helping me make wise decisions. A number of those lawyers chose to stay with the State and are now career prosecutors. One of the things that has impressed me about Ober’s office is that many of those young prosecutors who earned my respect are now the very folks he has put in top decision-making positions — folks like Chris Moody, Jay Pruner, Douglas Covington and, until recently, Karen Stanley to name a few (the list is, in fact, much longer).

We know very little about Ober’s opponent. We suspect he is an honorable person seeking public office for an honorable purpose. Our problem is not with him. Our problem is that it is easy for an elected prosecutor to gain public support by adopting an “everybody is guilty and throw the book at them” approach. It takes a wiser, more seasoned, and more courageous lawyer to surround himself with men and women of character, seek their counsel and give his adversary in the justice system a fair opportunity to change his mind – we have just that kind of State Attorney in Hillsborough County and we see no reason for change.

We urge all our readers to support the re-election of Mark Ober as State Attorney.

for more information on our law firm please visit: